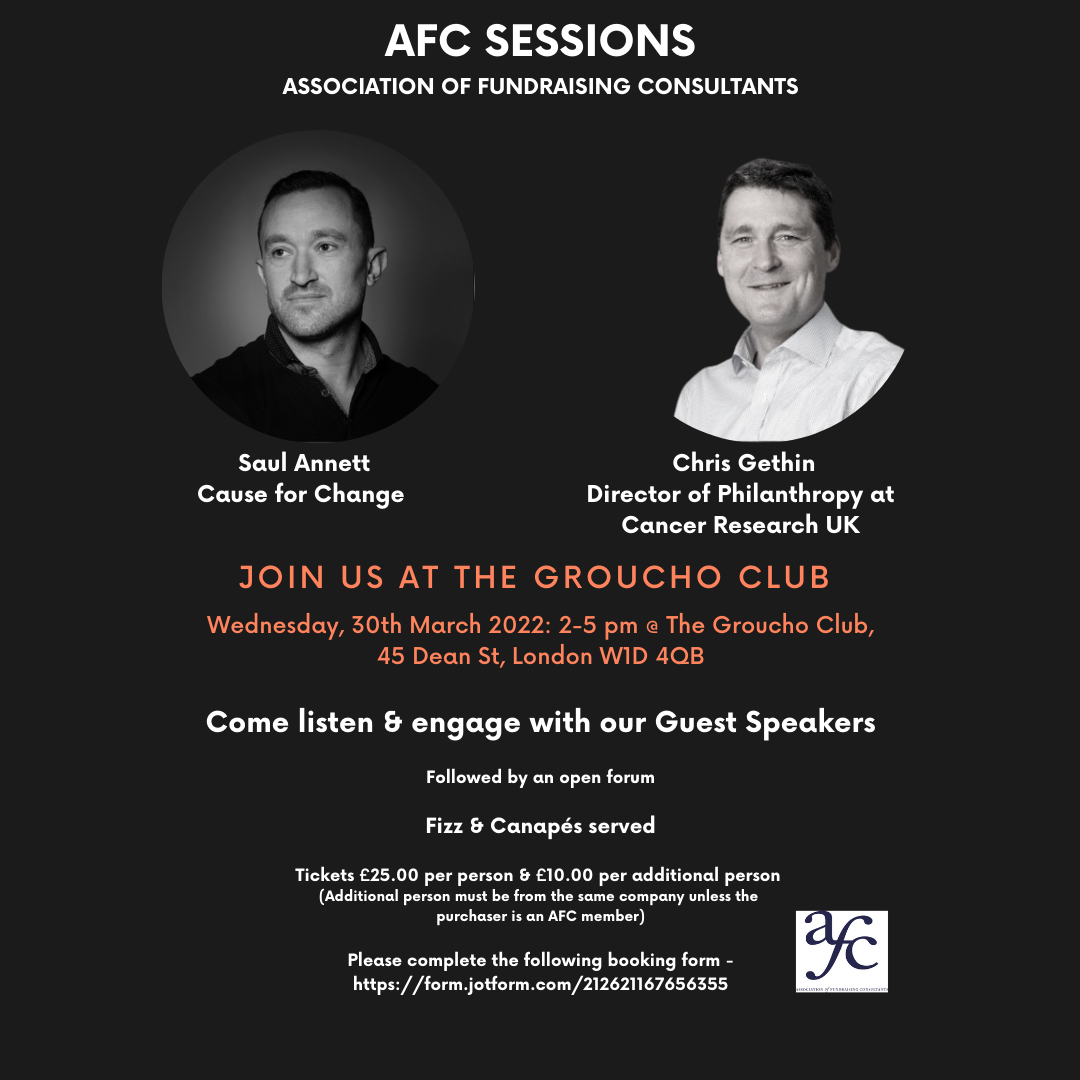 Join Us at The Groucho Club and listen, learn, share & network while enjoying fizz and canapés. Tickets £25.00 per person & £10.00 per additional person (Additional person must be from the same company unless the purchaser is an AFC member) - https://form.jotform.com/212621167656355 Please see below for further information on our guest speakers. Saul AnnettSaul is Cause for Change’s founder and... read more 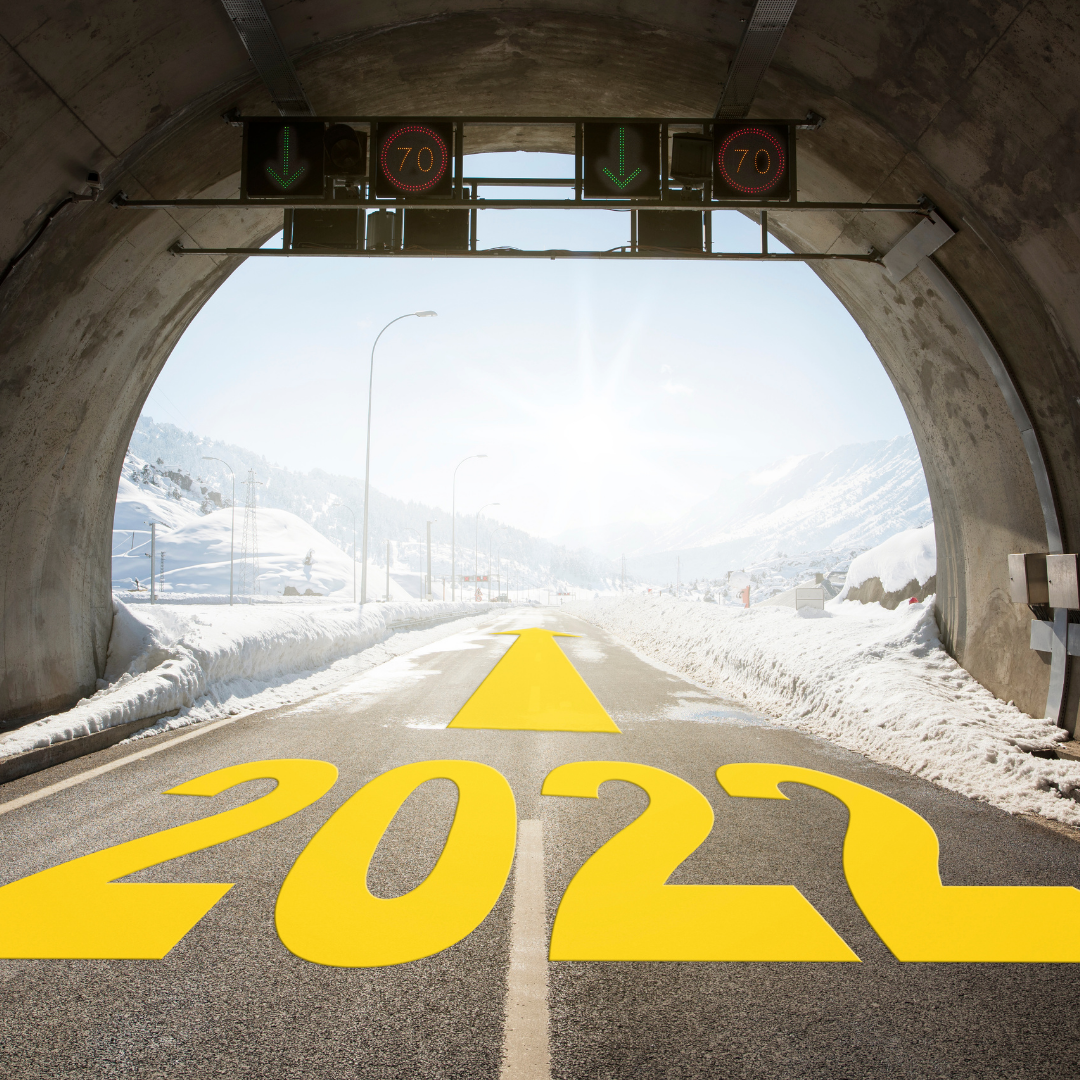 Key Ingredients to Successful Fundraising in 2022

A Consultant’s View Setting the Scene The pandemic has put the world and all our lives into a tailspin.  We have been shaken and, for many, our very foundations have been put to the test. Companies have furloughed and made redundancies - everyone in our company was furloughed from April 2020 until we saw a tentative return to work in... read more 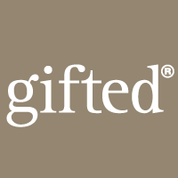 One thing the pandemic has taught us is that, even when resources and opportunities are limited, charitable organisations simply can’t afford stop fundraising. From reviewing their strategy and building resilience, to launching emergency appeals and taking cultivation events online, in testing times the process of finding, asking and stewarding givers is more important than ever. We also know that successful... read more 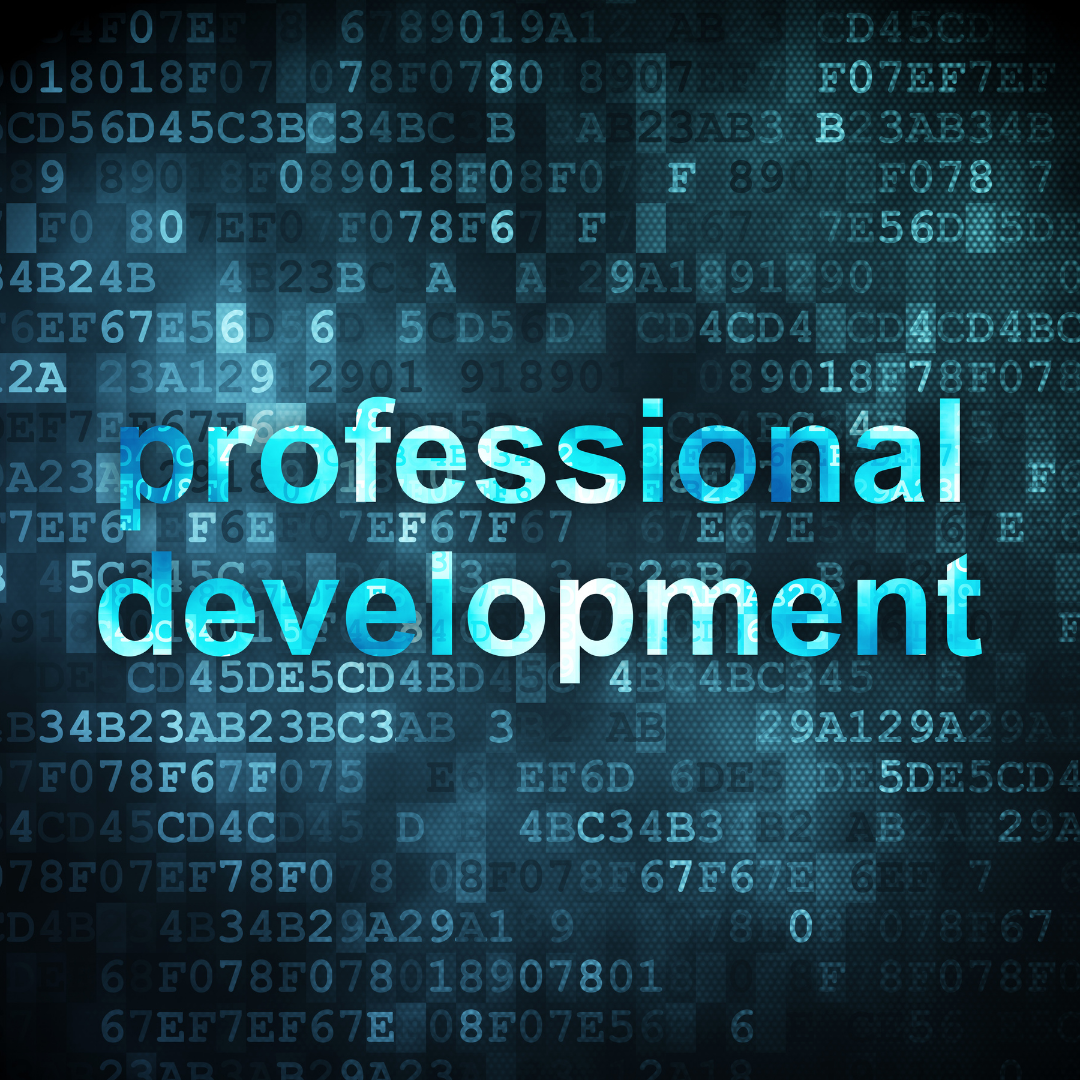 The dangers of putting your professional development on the backburner

When you’re hitting fundraising targets, donor retention is stellar, and your board is giving kudos, it can be tempting to rest on your professional laurels. When everything is ticking along smoothly, we often think, “If it’s not broken, don’t fix it.” However, just as a car that’s running like a dream still requires regular maintenance to operate at peak performance,... read more 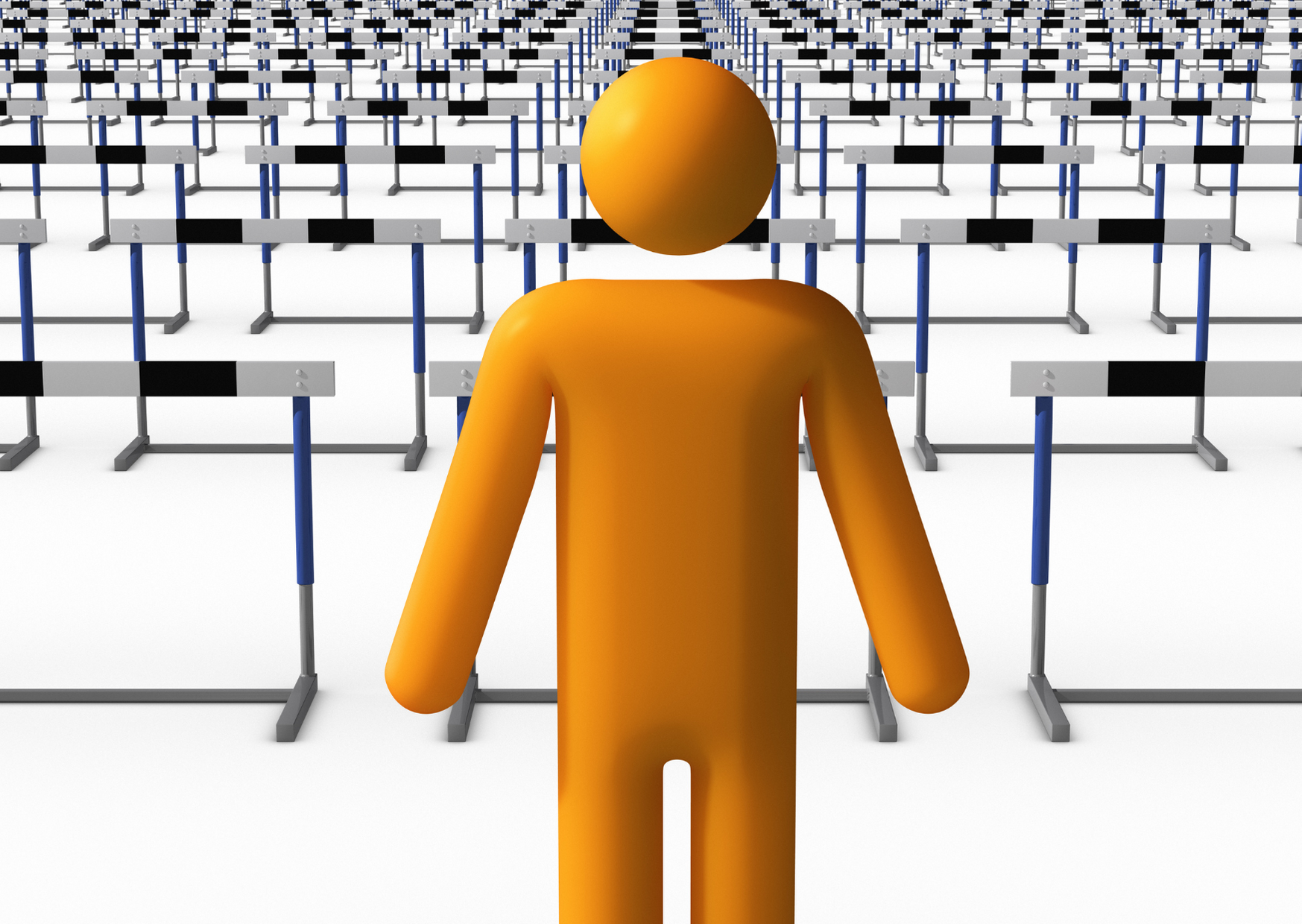 Tips for a Strong Case for Support

What is it? A Case for Support is often the most difficult hurdle to starting a fundraising campaign. What do you say? How long should it be? What is the pitch? It is very often the first impression potential donors have of your client’s vision and campaign, and is therefore a document that clients will often rely on their fundraising... read more

Why join the AFC?

With the Covid-19 pandemic directly impacting UK philanthropy across multiple sectors – including the arts, education, heritage and churches to name just a few – many donors have stated that they are currently directing their limited resources towards supporting their existing grantees, and are not considering new applications. Furthermore, numerous trusts and foundations have already diverted a significant proportion of... read more 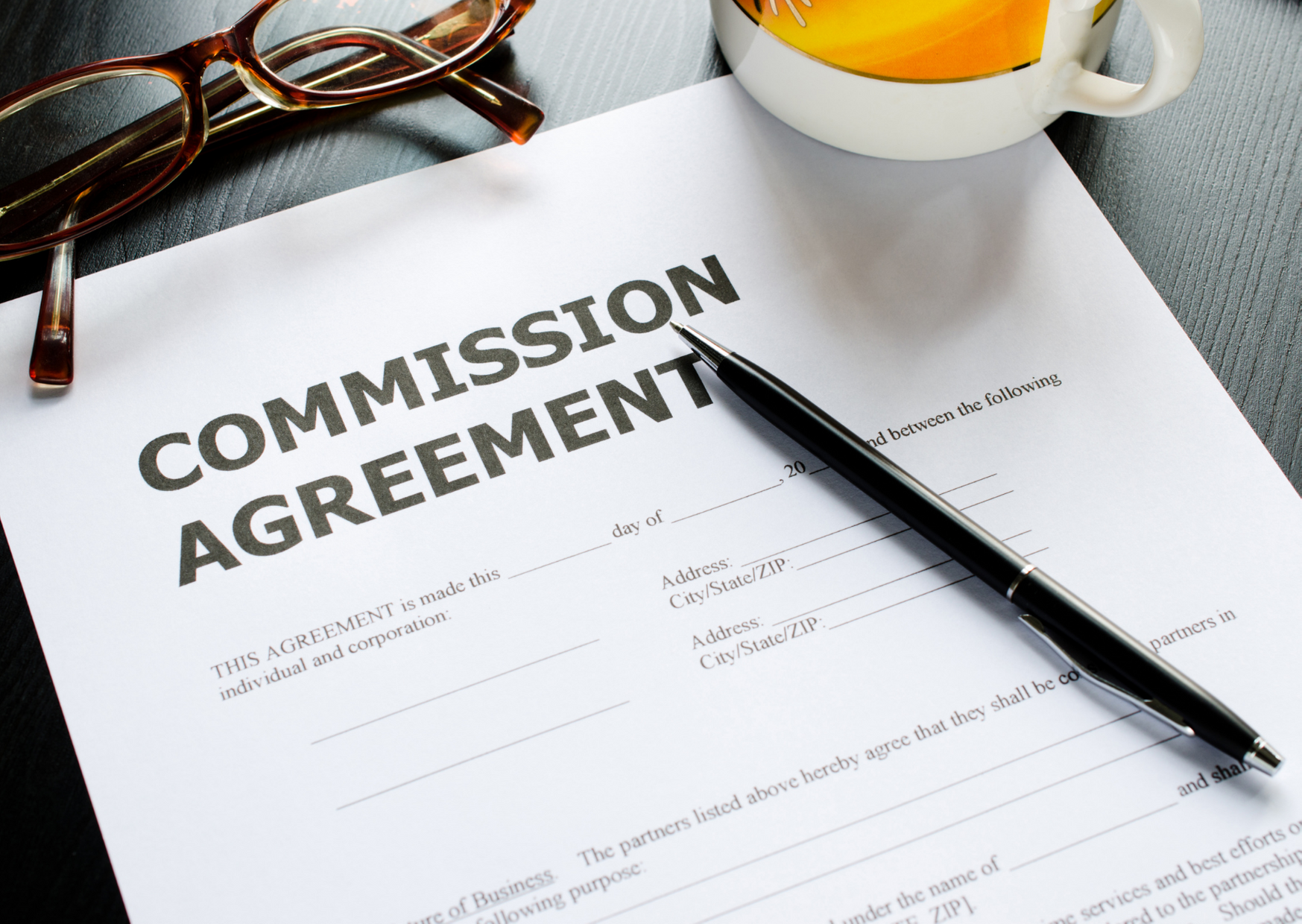 Celebrating Charity 25 years of ups and downs in fundraising

2020 will be a memorable year for many reasons but for Hampshire-based fundraising consultants and AFC member Stefan Lipa Consultancy, it marks a quarter-century of helping charities to raise money for both landmark and community projects. Over that period, they have helped charity groups raise funds for projects including: conservation and development work in Norwich Cathedral and the Oxford Oratory;... read more 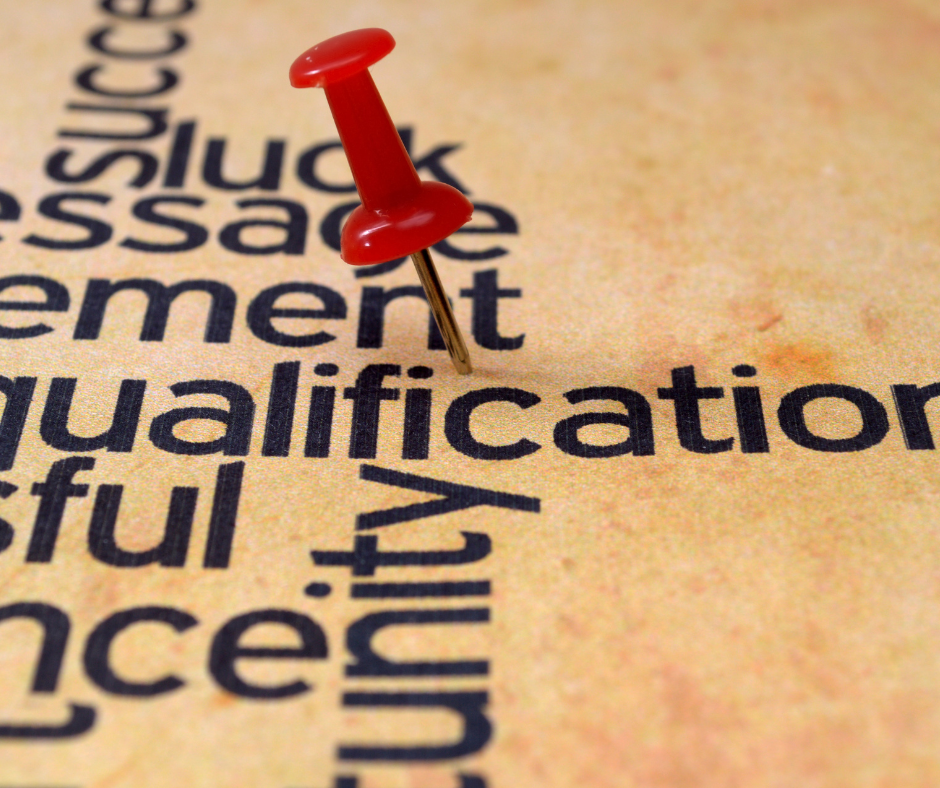 The Benefits of Fundraising Qualifications

As fundraising consultants, it is vital that we are as knowledgeable as possible if we are to present ourselves to clients as experts in our field.  Therefore, the value and importance of qualifications is always a topic close to our hearts.  Choosing the right qualifications for our particular work can prove challenging as we consider a range of factors including:... read more 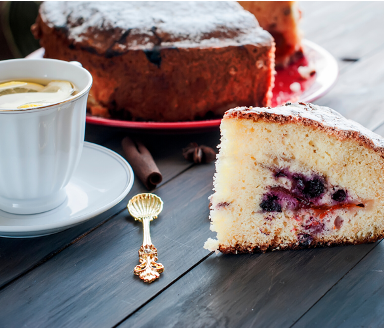 Who can resist the prospect of the great British cuppa and a slice of scrumptious cake? Not many judging by the attendance at the latest Association of Fundraising Consultants’ remote session. The session was originally planned to be held in London where we could all meet at a lovely location in Pall Mall.  However, as with so many other meetings... read more